JACKSON, Mississippi. Amazon’s Alexa recently made the news when a conversation recorded by users was sent to a random person in the user’s contact list. According to QZ, an Oregon couple recently learned that a private conversation they were having had been sent out via e-mail to an acquaintance. The acquaintance thought they had been hacked and informed the couple about the leak. 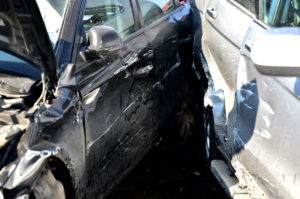 Detail with damage automobile after a car crash accident

According to Amazon, the device misheard several commands, including a command that sounded like “Alexa” and another command that sounded like a send message request. Despite the fact that the device has a series of confirmation commands, the device interpreted moments in the conversation as confirmation for the request to continue. While Amazon claims that it is trying to prevent this kind of situation from happening, it brings to light a fact about our smart devices: they can record us. Alexa can record your conversations. It can record your data and it can even record your emotions. While there currently isn’t an Alexa-like device available for motor vehicles, these devices are on the horizon. According to the Los Angeles Times, car companies are working to create seamless Alexa-like systems that would allow drivers to tell their cars to turn on the radio, turn on the windshield wipers, and to set the temperature to 70.5 degrees. Yet, individuals who put Alexa-like devices in their car may also find that Alexa is recording them while driving. This could create a wealth of evidence for police officers in the event of a crash. Under the law, any information you provide to the cloud can be searched by the government without the need for the government to get a warrant. This means that if you let your car record you while driving, the police could theoretically use this information should you find yourself in a car crash. Alexa-like devices might prove helpful in discovering the cause of a car crash.  Proving fault can be one of the more challenging aspects of a car wreck,  but if the negligent driver’s  actions are recorded, then it will be easier to  determine  when negligent drivers are distracted, drunk, or not following the law. Not only can future Alexa-like devices in your car help prove who was at fault in your wreck, but voice controls can also reduce your risk of being distracted and causing a wreck.   These devices can also make your drive more convenient  by allowing you to  tell the car’s radio system to turn on, so you  don’t have to  fiddle with knobs. As it stands, driver distraction kills thousands of people every year. If you or a loved one was hurt due to the actions of a distracted driver, consider speaking to Malouf & Malouf. Our firm can review the factors leading up to your accident and fight to help you seek justice if your accident was due to the negligence or neglect of another person or party. Visit our firm at https://malouflaw.com/ today. We may be able to help you seek compensation for your medical costs, lost wages, and pain and suffering.   Malouf & Malouf, PLLC 501 E Capitol St. Jackson, MS 39201 Phone Number: (601) 522-2222 To read more accident articles click here   Read more accident articles here
Categories: Car Accidents